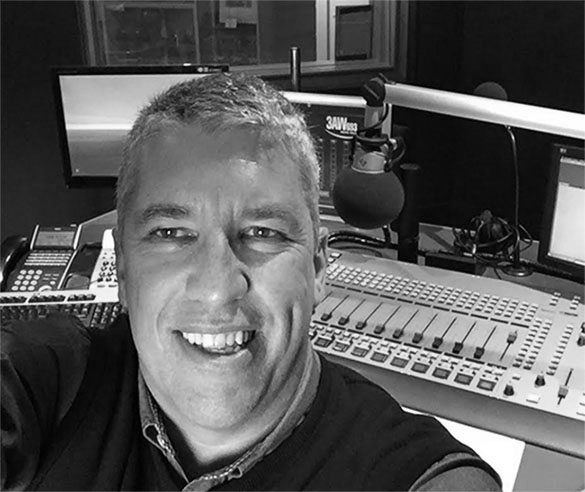 Ever since he was a young boy and started accompanying his father to what was then called 3KZ (now GOLD FM), Paul has always been fascinated with broadcasting. During his stint with Grey Group Australia from 1992 until 2012 (the last thirteen as Chairman), Paul often featured in press, print, radio and television…especially when he combined this role with both Chairman of the Melbourne Football Club (2003-2008) and Chairman of the Malthouse Theatre (1999 – 2007).

Since leaving Grey to start his own business consulting practice specialising in branding, marketing communications and green field start-ups, Paul has been a regular on radio, first with a weekly 2 hour segment on fledgling station MTR and for the last two years, broadcasting a weekly Media, Marketing and Advertising segment on the Steve Price show across 50 stations nationally, including 2GB and 3AW.

Recently, he decided to move from ‘broad’ casting to ‘narrow’ casting and create a segment that would appeal exclusively to the Marketing Communications industry on his own station, www.pgpodcast.com which is recorded ‘in situ’ every Friday morning. Outside of work interests here and abroad, Paul is a Sensei (Master) in kyokushin karate and in the 2008 Queen’s Birthday Honours list was appointed a Member of the Order of Australia for services to charity, the Arts and the advertising industry.